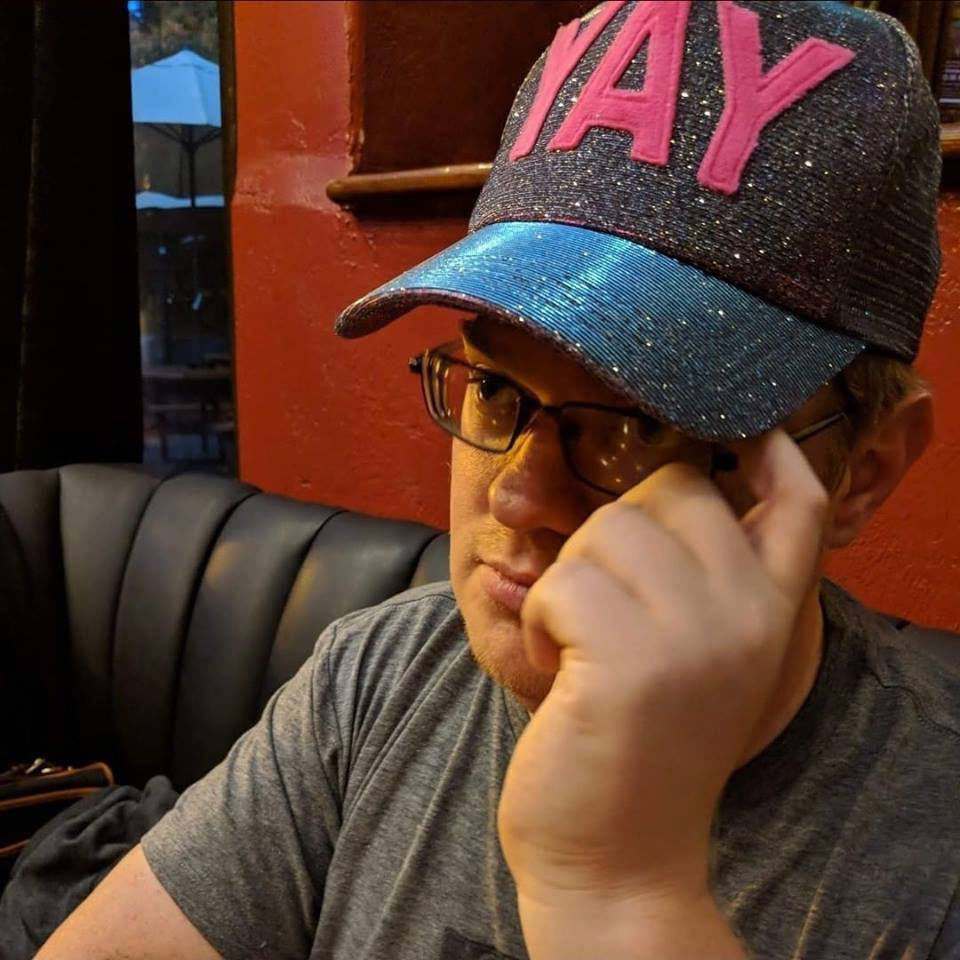 I'm Ryan Olds, a Staff Software Engineer telecommuting from Eugene, OR. I spend most of my time working on highly available software applications, gaming (board & video), learning saxophone, hiking & backpacking, and living life with an awesome wife & cats.

Onboarding developers can require a significant amount of time, but it doesn’t have to. This article goes over a minimal set of tools that provide a uniform developer environment and workflow for all major operating systems. We will go over why each tool is valuable, how we use the tools to increase velocity, and a short outline on how to deploy to AWS.

Git and the repository hosting service GitHub, and similar version control tools, are universally required at organizations with teams of developers. Open Source projects are no exception. All commonly used software is tracked and organized with version control software.

Without VC software teams are not able to easily compare previous versions, switch between tickets, or reliably resolve file conflicts. When two developers edit the same file, the last developer to upload wins and the other’s changes are lost. This problem is solved by version control; When the two developers commit and push their changes to the repository the last developer to push must pull the other developer’s changes and resolve any merge conflict. Resolving merges can be easy or hard depending on the situation, but regardless of the complexity the alternative - losing another developer’s work - is unacceptable.

The learning curve of Git and GitHub is initially a little steep. It’s not uncommon to encounter people that know a little scripting but have never worked on a team. It’s also not unusual for lone wolf developers to be resistant to using VC. When starting a project, ensure that everyone is willing to learn and use VC. Developers not familiar with Git or Github can read GitHub’s guide and should receive help from the team when they get stuck. I strongly recommend not working with developers that refused to use VC, they will cause more problems than they solve and the velocity of the team will suffer.

Ok, everyone can check out the repo. Great! But the project requires some initial setup. Docker and Docker Compose will make it easy for developers to stand up their development environment, including databases and other dependencies. Docker also allows easy publishing of images to the cloud for deployment. The earlier a team sets up Docker the sooner they will benefit from the improved velocity, standardized developer environments, and retention of maintainers and collaborators. The benefits are cumulative, if you wait until after you burn people out or they struggle to get onboard you’ve already lost valuable time and energy.

First, if you’re using a common platform, like WordPress, someone else has already created the Docker-related files. You only need to find them, confirm they work, check them into your repo, and update the project’s README.md.

From scratch, projects must decide which programming platform they are using (Node.js, Go, PHP, etc…) and find the image name and tag on Docker Hub. Create a Dockerfile at the root of the repo and fill it out with the setup steps. Here is an example from Hack4Eugene/SpeedUpYourCity:

The SpeedUpYourCity project uses Ruby v2.3.1, requires a handful of OS packages, and is stored in the containers /suyc directory. After copying the contents of the repo into /suyc, bundle install and rake assets:precompile are run to install platform libraries and build up-to-date copies of assets (not required for all projects). This app contains an HTTP server listening on port 3000 and is started by running rails server -b 0.0.0.0. That’s it. This file will vary significantly from project to project. Some projects will use an OS image (ubuntu) or another language platform, have different build steps.

Once the Dockerfile is complete, it’s possible to build a Docker image for your application and run a container, but with a little bit more work we can make the whole process much simpler. Docker provides a tool called Docker Compose that allows developers to concretely define the environment and dependencies (MySQL, PostgreSQL, MongoDB, etc…).

SpeedUpYourCity uses MySQL to store speed test submissions. We must have the database running for the application to start. We can define and control our entire stack with a docker-compose.yaml file:

Ignore the version, the key bits are the services (mysql and frontend). From the Docker Hub page for the mysql:5.7 image we know that the image allows us to define a few environment variables. When the database service is started, it will be using the environment variables to create a user and database. We can then pass the same values to the frontend service. The hostname for the DB is the same as it’s service name (mysql). Docker Compose also allows us to bind our repo’s files to a directory in the started container. The defined volume does just that. Now the local repo files and the files in the container’s /suyc directory are the same files, allowing much faster iterations as the container doesn’t need to be rebuilt to test changes.

With both of these files, we can now start and stop the entire stack with docker-compose up and docker-compose down. We can also run the containers in the background by adding -d to the up command.

One last thing, many platforms require setting up a database schema. This is trivial with Docker Compose. After defining the above files and start the containers we run our platforms DB migration tool inside of the frontend container with docker-compose run frontend rake db:setup. When you have all of these files defined and tested make sure to update your README.md with the setup instructions.

It’s time to onboard new developers. The first thing a developer should do is clone the repo:

Next, they look at the project’s README.md and perform any setup steps. Most projects will require starting the database, running a command to create the schema and required data, and instructions on how to start the application. Those steps will roughly look like:

The container can be exited with Ctrl-C or suspended with Ctrl-Z. By passing in -d (see the line upping postgres), we can run the container in the background. Its output can be accessed with docker-compose logs frontend.

Developers will create a new branch and begin iterating on the application. When they complete a chunk of work, they create a Pull Request against the main repo in GitHub. Other developers can check out and test the PR’s changes by switching branches with Git and rebuilding the container:

Once the PR is approved, it’s merged into main. The updated application can then be deployed from the main branch. Using GitHub add-ons, it’s possible to automatically deploy changes to the cloud.

Deploying the Docker image to AWS requires some setup:

Once your database is ready, create a new service in Elastic Beanstalk, ECS, EKS, or whatever service/platform that supports running Docker containers. The setup of the container orchestration service will require knowing the ID of the published image and the details of your RDS instance. Once the service is running, a load balancer may need additional configuration (redirecting HTTP->HTTPS, pointing a domain name to the LB, and ensuring it has SSL/TLS certificates for that domain). Deploying to the cloud requires some system administration knowledge, setting up deployments to the cloud should be done by a senior developer.

Google Cloud and Azure provide managed database services, similar to AWS RDS, and container orchestration services, similar to Beanstalk/ECS/EKS. Their are may cloud providers of various sizes and you can be mostly cloud provider agnostic using Kubernetes. I use AWS because that’s what I’m familiar with and the volume of information available on how to setup Continuous Integration and Deployment. The big providers work rougtly the same, but each has their own idiosyncrasies.

Software projects live and die based on ease of setup. Nobody wants to spend hours setting up codebase or spend additional hours setting up dependencies a developer added without documentation. By using tools like Git, GitHub, Docker, and AWS, you can streamline developer onboarding, workflows, and deployments. Git and GitHub will allow everyone to work across the codebase without worrying about overwriting each other’s work. Docker will enable your team to stand-up their local environments in a uniform way and efficiently manage changes to the environment. Once you’re able to make Docker images for your project, deployment to the Cloud is much easier, and techniques like Continuous Deployment are within reach. Make your life easier and use these tools from the start.